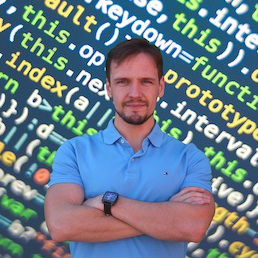 Asking how much sugar is acceptable is like asking how many cigarettes are acceptable. Ideally, no added sugar at all would be best, but that probably will not happen. Still, see the next section for some reasonable suggestions.

Here’s a small tip for weight loss, one that should be obvious, but is not. If you are not hungry, don’t eat. Your body is telling you that you should not be eating. After indulging in a large meal, such as we do at Thanksgiving, we feel paranoid about skipping the next meal because

It is no coincidence that virtually all plant foods, in their natural, unrefined state, contain fiber. Mother Nature has pre-packaged the “antidote” with the “poison.” Thus, traditional societies may follow diets high in carbohydrates without evidence of obesity or type 2 diabetes. The one critical difference is that the carbohydrates consumed by traditional societies are unrefined and unprocessed, resulting in very high fiber intake. Western diets are

Think about foods that people say they’re “addicted” to. Pasta, bread, cookies, chocolate, chips. Notice anything? All are highly refined carbohydrates. Does anybody ever say they are addicted to fish? Apples? Beef? Spinach? Not likely. Those are all delicious foods, but not addictive. Consider some

Glycogen is like your wallet. Money goes in and out constantly. The wallet is easily accessible, but can only hold a limited amount of money. Fat, however, is like the money in your bank account. It is harder to access that money, but there is an unlimited storage space for energy there in your account.

Even more interesting, he dropped more than 1 inch (2.5 centimeters) from his waist measurement.

The macronutrient breakdown of his diet was 10 percent carbohydrate, 53 percent fat and 37 percent protein. Standard calorie calculations predicted a weight gain of about 16 pounds (7.3 kilograms). Actual weight gain, however, was only about 2.8 pounds (1.3 kilograms).

The Women’s Health Initiative Dietary Modification Trial was the biggest, baddest, most kick-ass study of the Eat Less, Move More strategy that has even been or ever will be done—and it was a resounding repudiation of that strategy. What is happening when we